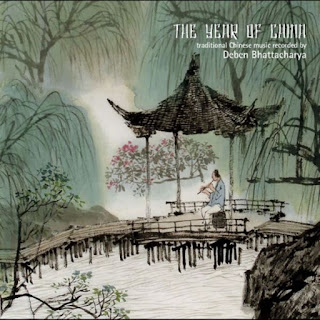 Music And Dance Of The Children Of China
09. Dance Music
10. Peacocks Playing in the Water
11. Laughing Buddha

Music And Dance Of The Minority Communities
12. Dance by Eight San-yi Minority Couples
13. Kon-di (flute) of the Miao Minority People

During 1983 and 1984, I had the privilege of traveling extensively through China, first from Northeast to Southeast and then from Northwest to Southwest.  Each year, beginning with scouting and research and then accompanied by the film crew, I spent approximately five months, recording, filming and photographing the varied world of the performing arts of China. Our work extended from instrumental music to the Chinese Opera, to story-telling with instrumental accompa­niment in the countryside and the music of the minority communities including that of  the Uighurs of the Silk Route.  Our research and recor­ding also included  musical training and performance by children.The history of the performing arts of China which legitimately claim 4000 years of background, has been con­cerned with three clearly defined types of expression: ceremonial music, opera and folk music.  Ceremonial music was always an essential feature of the religious rites in the temples and of the secular rituals at Royal courts.  Although developed under court patronage, the second most popular type of the performing arts has usually been asso­ciated with the theatre because of its appeal to the general public. The orchestral music and the presen­tation of the Chinese opera today belong to this category. The traditional folk music of the Chinese villages, as else­where in the world, represents the local cultural and linguistic habits of the region and is simple and rhythmic, unlike the disciplined, mathematically organised music that developed under the patronage of the court and the temples.Chinese traditional music follows a pentatonic scale, although at about 600 BC two semitones were added to the original five tonal steps.  Primarily melodic in its form, Chinese music is closely connected to the speech-tone which guide the art of melody. During the long history of Chinese music, some rulers established orchestras with special characteristics as, for example, an all-women orchestra. In the long rule of the Chou dynasty, 1122 to 256 BC, there was a Minister of Music respon­sible for supplying highly cultivated ceremonial music during secular rituals at the imperial court. The I-ching, written before the age of Confucius, the great sage who lived during the 6th century BC, tells us that “There is nothing better than music in reforming people’s manners and customs.”  The emperors and rulers in China endorsed this wisdom. Music was given an important place in the royal courts and in the affairs of the State. It was treated as an integral part of the educational system, in theology as well as in secular studies.  This tradition is kept alive and fully utilised for the cause of Communism in China today. 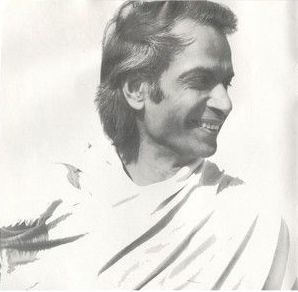 Deben Bhattacharya (1921–2001) was a Bengali radio producer, record producer, ethno musicologist, anthropologist, documentary filmmaker, photographer, translator, poet, writer, broadcaster, lecturer, and folk music consultant. He produced over 100 records, 23 films and published more than a dozen books in his lifetime and much of his work was carried out under the auspices of UNESCO