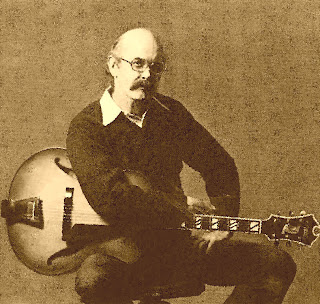 Innovative stuff from the first Jimmy Giuffre trio, an unusual line-up of guitar and bass with Giuffre alternating between sax and clarinet, happy to dispense with a drummer and rely on an implied rhythm supplied by collective musicianship.

Studio sessions from 1956/57 are augmented with recordings from the “Stars of Jazz” and “The Sound of Jazz” TV shows, including a second version of Giuffre’s most famous tune 'The Train and the River'. (Jim Atlas replaces Ralph Peña on bass on both cuts). 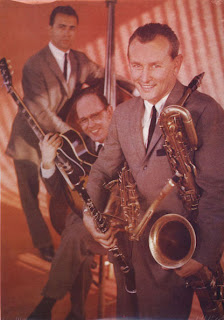 An expanded version of the first album to feature the Jimmy Giuffre trio – originally issued by Atlantic as The Jimmy Giuffre 3, but featuring additional bonus live tracks here! The core session is groundbreaking trio work from Giuffre – an album that cut loose both the piano and the drums – in a way that took Gerry Mulligan's earlier rhythm-less experiments with jazz, and pushed them one degree further! The group on the session features Giuffre on clarinet, tenor, and baritone sax – alongside the guitar of Jim Hall and bass of Ralph Pena – all working together with no other accompaniment, but in a way that's as swinging as it is airy – an amazing exercise in tone, color, and control! The sound is out of this world, and the notes just hang lightly in air – beautifully dancing around one another.
© 1996-2012, Dusty Groove America, Inc.
♥
Posted by Miguel at 20:00 1 comment: 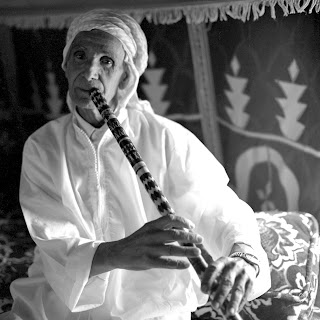 ♫☆`*♥¸¸.•*¨*•☆♫`*♥¸¸.•*¨*•☆♫
source
Afrah's second album, recorded during a tour in France, the Art of Gasba wants to be more intimate than their first album. Indeed, this album focuses Gasba, the flute from Maghreb, and envelops us with plush atmosphere that leaves its place to the expression of poetic talents of the troupe.

Coming from Outat El Haj, Afrah's musicians have learned music during their adolescence, from Mohamed El Hayani , a village elder, known for his knowledge. Relationships between musicians and the teacher are quite atypical compared to the Moroccan traditions on those subjects, which is usually structured around a relation between a master and students. Indeed, members of the band show Mohamed El Hayani as their «artistic advisor», and they nourish with him very egalitarian relations, although marked with a deep respect.

Afrah's songs, poems and music, come from the popular heritage. These are mainly love or seduction songs, sometimes audacious ones, but they can also talk about the life conditions of the peasant and of the popular classes. Songs can also touch to political themes, or topics inspired by actualities, like emigration, poverty, solidarity... In the Mawwal (improvised songs, accompagnied by Gasba alone), for example, singer often refers to local or international actualities, or even to the context of the concert.

Afrah's music is very representative from peasant music in the Arabic Maghreb; it's possible to recognize some of their rythmes and their melodies in the rural areas of Algeria and Tunisia. The dance takes an important place, due to the dancers who command to the percussionists the rythmic variations, contributing thereby to the music's quality by their dance's quality.

get the 2 albums here 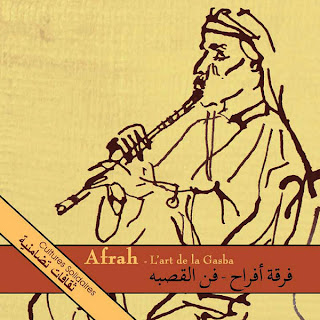 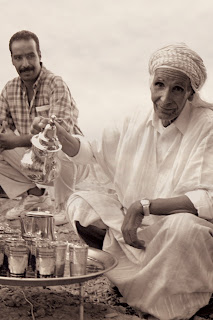 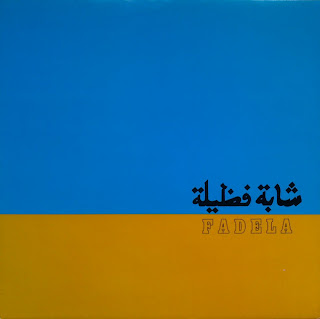 Born in 1962 as Fadela Zalmat, Cheba Fadela grew up in a poor, formerly Jewish neighborhood, not far from the large city theater. At the age of fourteen, she played a role in the film "Djalti,” directed by Mohamed Ifticène and made her musical debut as a background singer in Boutiba S’ghir’s band. Her voice can also be heard on recordings by Rai singer Cheikha Djenia. Fadela’s nick name, "Remitti Sghira” (Little Remitti) followed as a result of the resemblance her potential career bore to that of famed Rai singer, Cheikha Remetti.

In the late seventies, Cheba Fadela was discovered by the legendary Rai producer, Rachid Baba Ahmed. Ahmed’s modern 24 track studio in Tlemcen was the power house that produced Algerian Pop-Rai. With his help, Fadela became one of the first stars of the new musical sound that appealed to a frustrated generation of Algerians. Thanks to the inexpensive cassette tape, Pop-Rai quickly achieved wide distribution. In contrast to the traditional Rai of the "Cheikhs” and "Cheikhas,” which was popular at the turn of the century in the bars and brothels of Oran, the new generation of Rai singers gave themselves the surname of "Cheb” or "Cheba,” meaning "the young.”

With the 1979 song "Ana Ma H’Lali Ennoun” (I don’t want to sleep), Fadela landed her first big hit. The recognition that she gained from that success catapulted her to even larger fame in 1983 with "N’Sel Fik” (You are mine), a song she recorded together with Mohammed Sahraoui. Their marriage immediately followed and the couple quickly became the dream pair of the Algerian music scene, always taking the stage together.

Like many other Algerian Rai singers, they emigrated to France in the late 1980’s to pursue a European career. When the first "world music wave” began there, Cheba Fadela and Cheb Sahraoui were at the center of attention. Their residence in Europe spared them the first-hand experience of the bloody civil war that rocked Algeria in the nineties. An attack by radical Muslims took the life of Rai singer Cheb Hasni in September of 1994. Famed Pop-Rai producer, Rachid Baba Ahmed, was murdered by "fanatics" during the same time period.

Unlike other stars of the Pop-Rai generation like Cheb Khaled, Cheba Fadela and Chab Sahraoui never achieved international success, largely because they relied too heavily on their success in Algeria. The couple separated both privately and professionally in the 1990’s.

In 2001, Cheb Sahraoui reappeared with "Un homme libre,” an album that reflects the sound of modern French commercial music. Nothing noteworthy has been reported of Cheba Fadela in recent years.
source 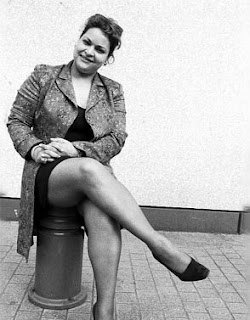 thanks for the music 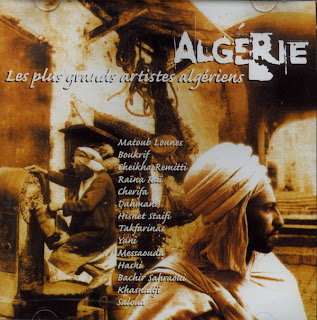 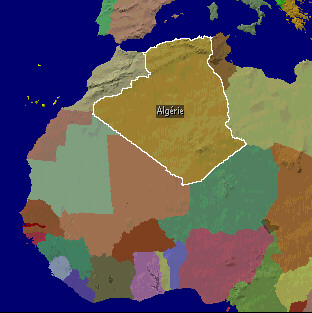 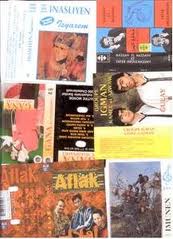 
Freedom starts in your mind. 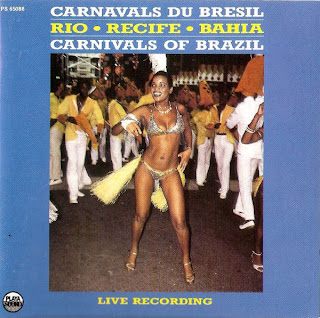 01. Ecole De Samba-Batucada-Rio
02. Ecole De Samba-Chant-Rio
03. Ecole De Samba-Batucada & Chant-Rio
04. Ecole De Samba-Batucada-Ambiance-Rio
05. Makulele-Danse-Bahia
06. Candomble-Tambours-Bahia
07. Capoeira-Danse-Bahia
08. Samba De Rocla-Danse-Bahia
09. Marakatu-Tambours-Recife
10. Caboclinhos-Dance-Recife
11. Ecole De Samba-Ranchos-Recife
12. Ursos- Danse- Recife
♫☆`*♥¸¸.•*¨*•♫☆`*♥¸¸.•*¨*•☆♫ .ღ•:*´♥`*:•ღ. ♫☆`*♥¸¸.•*¨*•☆♫`*♥¸¸.•*¨*•☆♫
Get ready for Brazil Carnival. Rio de Janeiro is the mother of all Carnival celebrations in Brazil. But there's also much fun in the streets of Recife and Olinda. Decide to follow one of the Trio Eletricos in Salvador de Bahia and you will have a blast. What about Sao Paulo with its every year more popular...
This is recorded live on the streets of these 3 carnival sites, as you can well tell. Although the sound quality sometimes sounds more like an ocean wave than a samba ensemble, you can feel the pulse of the music and the excitement. Hard to get more real than this. Comes complete with whistles, bull horns, and random voices passing the microphone's path. 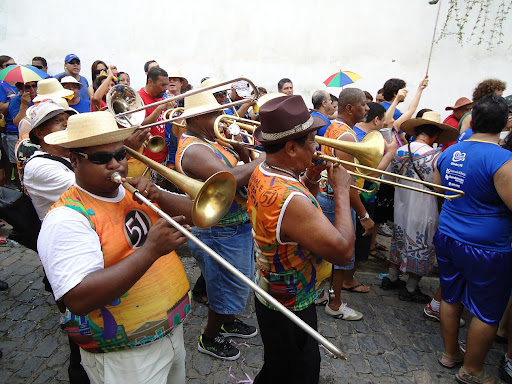