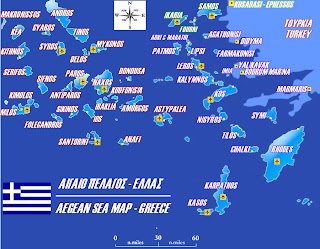 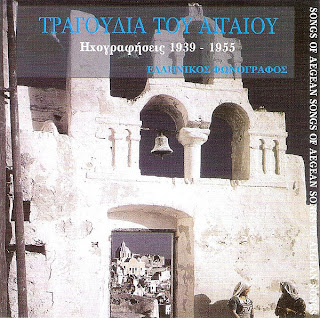 Nisiotika are light songs, with a gentle rhythm, without the dramatic element of the Cretan or Pontic Music. The simple dance and the catchy tone made them popular with the wider public, despite the fact that they were created and played mostly in the islands of Cyclades and the Dodecanese.

The nisiotika songs somehow found their way to rebetika, thus, major composers of rebetika songs included traditional songs of the islands into their repertoire. However, as the political and social developments and changes influenced every aspect of life and art, nisiotika songs were not that popular during the 50s and 60s.
Towards late 70s, Nisiotika managed to find again their way to the Greek Society, since many singers and composers decided to back this genre – as they did with rebetika and laika songs, or any genre that was neglected or underrated by a sudden urbanization of music in Greece.
Mariza Koch was one of the main singers of Nisiotika during that time, while numerous folk composers and musicians presented traditional songs from the islands to a larger public in the cities. Konitopoulos family of musicians from Naxos and Nikos Economides worked on revivals and re – recordings of the folk songs.
One of the most distinctive moments for Nisiotika songs and the music from the island was at mid 80s, when Giannis Parios, one of the most important Greek singers, an islander himself from the Cycladic Island of Paros, released an album singing the most popular songs from the Cyclades in an album called “The Nisiotika”.
The personal charm and tenderness of the singer himself and the warm hearted rhythm of the songs made this genre one of the most popular types of Greek music. Being from the islands of the Aegean, which are – for the Greeks – the heart of the country, it is not surprising that they managed to mesmerize and captivate the hearts of the Greeks once spread throughout the country. Nisiotika represent the blue of the sea, the azure blue of the Greek sky and the free spirit of the islands and their residents.
The truth is though, that since the islands feature an idiomatic language which is quite evident in these songs, one can appreciate fully the nisiotika only if he has a basic understanding of the language. Nisiotika employ a carefully wrought language, which sounds more like playful poetry; the language manages to sentimentalize the life, customs and habits of the islanders, expressing their fears and hopes.

Although in Greece instrumentalists and composers play their music in different combinations of ensembles, the music of the islands is somewhat particular. In Crete for instance, the lyra, the lute and the bagpipe are the predominant pairs, while for the Nisiotika, the common pair is lute (laouto in Greek) and the violin. The rhythm associated with these instruments and the nisiotika songs have an overall character, becoming among the most emotionally affecting songs in the Greek Music. The common dance associated with nisiotika songs is ballos, one type of syrtos dance.
Nisiotika songs have become an indispensable part of the Greek glenti (feasts and celebrations), played in local festivals in the Islands of the Aegean Sea, attracting young people who appreciate the lyricism, tenderness and musicality of these songs. Listening to this warm hearted, overwhelming and the sophisticated and emotionally intense poetic language, it is not hard to picture and reckon the hospitality and good heartiness of the islanders.
source
~♥~
Posted by Miguel at 13:23 No comments: 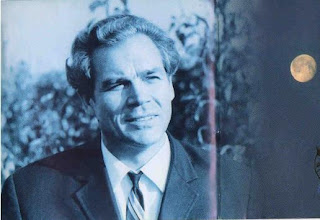 Recordings from the archives of the Ukrainian Radio. 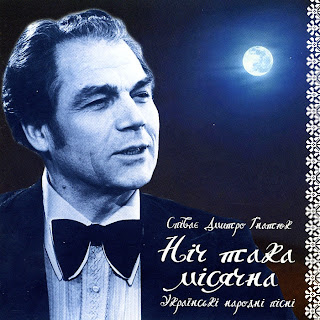 It has somehow turned out to be that since childhood I have liked the song “The Moonlit Night” (track 01) very much. That’s why I prefer it to be performed in the best possible way. In this particular case Dmytro Hnatyuk performs it really in the best way. Personally I like it very much. Still one may say the same about this album in general – I like the songs recorded at it, as well as the way they sound, though generally I listen to somewhat different music. May be the music itself, that is, the choice of musical instruments, is not the main thing here. I think, the main thing here is the voice of Dmytro Hnatyuk. There is something in it, some transparent depth, which does not leave you indifferent, so that you feel that the song is performed not formally, as it happens sometimes, but it comes from inside. That’s the reason why it sounds somehow intimately – as if this person himself once composed this song and still remembers why and how it happened. Though, if you take comic songs, here it is quite the other way round. They are sliding somewhere by themselves. This is the impression I’ve got from this disc. At least, for tonight. May be, it is because of the evening, which is quiet and transparent tonight.

(Ukrainian: Дмитро́ Миха́йлович Гнатю́к) (born 28 March 1925) is a famous Ukrainian baritone opera singer, and a member of The Supreme Council of Ukraine.

Dmytro Hnatyuk was born on March 28, 1925 in the village of Mamayivtsi, Chernivtsi Oblast (province), Ukraine. He graduated from the Kiev Conservatory in 1951 as an opera and chamber singer.