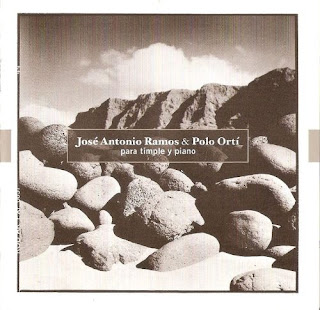 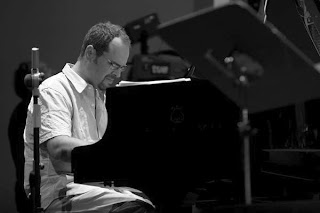 After graduating from the Valencia, Madrid and Tenerife Classical Music Conservatory in 1990 (Degree with a Major in Classical Piano), Ortí travelled to the USA with a scholarship to study at Berklee College of Music (Boston). It was in this city where he also received composition lessons from the renowned Lyle Mays, keyboardist of the Pat Metheny Group. In the States, Ortí played countless shows in jazz clubs. He also toured the Nordic countries with his band "COCO”. Throughout his musical career, Ortí has received several awards both for his compositions and his performances. In 1991, vibraphonist Gary Burton, together with guitarist Pat Metheny, Mitchel Forman, Will Lee and Peter Eskine, include three compositions by Ortí (Quick and Running, Autumn and Tiempos Felices) in their album "Reunion" (GRP 1990), which reached the top of the U.S. Billboard list. Ortí has continued recording. His first live recording from 1993, “Improvisaciones sobre Piano” was warmly welcomed by critics. In 1998 introduced his album “Polo” produced by Gabino Diego (Actor & Oscar winner for best foreigner movie) In 2000, he also released “Polo Ortí Group Live”, recorded at the International Canary Islands Heineken Jazz Festival. His most recent album is “Suite de la Amistad”, composed by Ortí. A double CD and DVD recorded live in July 2006 at the Tenerife Auditorium with Polo Ortí Quartet, Gary Burton, Tenerife Symphony Orchestra (OST) conducted by Joan Albert Amargos, and Jorge Pardo, world famous Flamenco flute musician (has toured with Chick Corea and Paco de Lucía among others). Orti has done countless performances in cities around the world (Boston, New York, LA, Mexico City, Quito, Berlin, Oslo, Milan, Manchester, etc. ..) and all over Spain, whether at International Jazz Festivals, local venues, theaters and public spaces with different formations: Polo Ortí Jazz Piano, Polo Ortí & Symphony Orchestra, Polo Ortí Trio or Polo Ortí Group. POLO ORTI has shared stage with international artists such as Herbie Hancock, the Yellow Jackets, Tete Montoliú, the New York Voices, Eric Marienthal Band, Michel Camilo Trio, to name a few. He has also worked together with world - acclaimed musicians like Gary Burton, Antonio Sánchez, Scott Colley or Julian Lage.
space 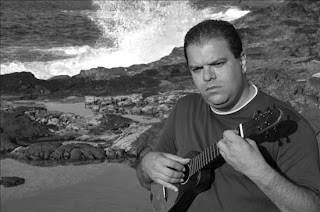 José Antonio Ramos
José Antonio Ramos is an artist from the Canary Isles who has introduced the timple in a completely new acoustic field. His incursions in several genres (jazz, flamenco, Celtic, symphonic, etc) have caused admiration in everyone that have listen his work and his new proposals.

José Antonio Ramos was born in Las Palmas de Gran Canaria (Canary Isles) in November 10th, 1969. At the age of nine he started his timple studies with Totoyo Millares. Later, he continued his education in the conservatorio superior de música de Las Palmas GC studying classic guitar, but also interested in different folk sources such as jamming, from which, later on,  he took information for use it in his own way of personal expression, which is the timple.

He won the Premio nacional de musica folk para jovenes interpretes in 1998 in Santiago de Compostela. This prize triggered the development of his career, which started with the creation of a group called Trío Timple. He recorded two albums as leader of this group (Más que un suñeo and Tanekra) and travelled around every lost corner in the Canary Isles. In this stage of his work it is worth noticing the performance he gave in the day of the Canary Isles (1996) (Timple. El sonido de Canarias) in which some of the most notable instrumentalists and singer of were invited.

After this stage with the Trío Timple, he started his carrer as a soloist  with an intense activity, giving concerts, seminars, conferences in palces in and out the Canary Isles. In this new period, and for the first time in history of music, he made a name for an electro acoustic timple. It was a new project designed by himself and built up by other luthiers as Jesús Machín and Juan Molina.