Dengbej Gazin was a singer from Van in eastern Anatolia, she belongs to a tradition of storytelling through chanting.

Consider for example the case of Dengbêj Gazin. She was sentenced to one year in prison for singing two Kurdish songs in 2010 in Tatvan that were deemed by the state prosecution to constitute “propaganda for an illegal organization” (i.e. the PKK). She has moreover been tried for supposedly singing songs “with separatist content” at Newroz celebrations in the same year. After a series of appeals she was acquitted in both cases in 2013.

and read some more here with the help google translate.

Dengbej Gazin, who was considered to be Van's first female dengbegi, died this year.

Even without understanding a word you get a message : )

She won't be forgotten. 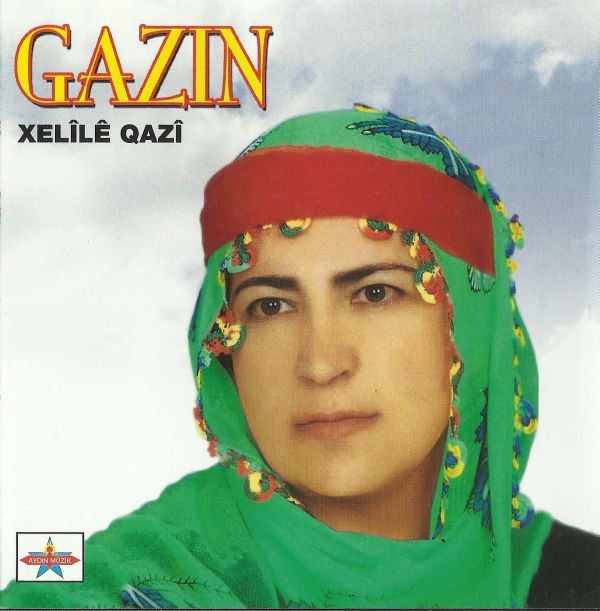 Barsaghian says that the lament brings women closer together, and creates a shared zone of resistance. It was also through this lament that she came to meet Dengbej Gazin. Gülizar plays a highly significant role in Dengbej Gazin’s life, and she performs Gülizar’s lament live during the performance titled ‘Güle Is Very Beautiful’ that was staged during the opening. Gazin says: “When I was little, my grandmother always used to sing Gülizar’s song. So for a very long time, I thought Güle was my grandmother’s name. And I thought Güle wrote it, about how she fell in love with a man. Only when I eventually asked her, ‘Grandmother, are you in love, why are you singing this song?’ did my grandmother tell me Güle’s story. I felt so bad and offended about it. I was so touched by it, that the first dengbej song I learned was Güle’s lament. I also named my daughter Güle.”

Because Gazin’s grandmother did not know the true ending of the story, Gazin did not know Gülizar managed to escape, and believed she had died of grief. So Gazin was shocked when she saw Meliné Ter Minassian, Gülizar’s granddaughter, before her. Gazin finally adds that male dengbejs add “all sorts of falsehoods” when reciting Güle’s lament: “Male dengbejs say that Güle went to Musa by her own will. So if you want the true story, listen to it from female dengbejs.”

‘I thought Gülizar was a much-loved woman’

At the opening, Arménouhie Kévonian’s granddaughter Meliné Ter Minassian, staged a performance titled ‘Güle is very Beautiful’ with Anna Barseghian and Dengbej Gazin. Ter Minassian stated that the performance represented not only her personal ties with Gülizar or Arménouhie Kévonian, but also the social memory related to them, and I asked her how Gülizar’s legendary story was known in the family: “Only one side of our family is Armenian. I was closer to that side of the family as a child, so my story is strongly connected to my grandmother Arménouhie, Gülizar’s daughter. We had a very close relationship. Arménouhie was a very happy woman, she was full of life, and she loved to dance, sang, and constantly made jokes… Other than that, everyone in the family was involved in politics, and that is why everything about Armenian identity seemed very heavy and serious to me when I was a child. Of course, back then I did not know what had happened to the Armenians, you are not told when you are a child. Even after I learned, Armenouhi always seemed a woman dancing with joy to me. She created the same impression when she talked about her mother Gülizar. Until I read ‘Gülizar’s Black Wedding’ I thought Gülizar was a much-loved woman; I had no idea about the stories of abduction, violence and rape. I read the book when I was 14, in a single night. I was shocked.