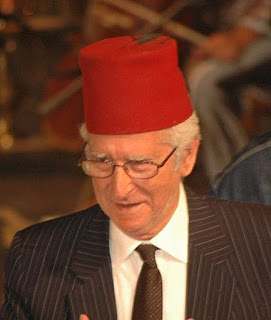 Born on July 31, 1932 in Algiers, he was one of the figures of the Chaâbi song of the fifties and sixties, before leaving Algiers for France, where he still lives.

Young courier of a Belcourt dry-cleaner's, he kept humming songs. It is that at the time, he had a great fishmonger friend of his state, incidentally renowned conductor on the square, Mouloud Bahri, who had taken him in sympathy, because he is the first to have discovered with what talent Amar El-Achab gave pledges of his musical possibilities.

The singer's career was beginning. For a year, Amar played the derbouka, on the occasion of parties and weddings, acquiring the knowledge of his first master and the rudiments of a technique necessary for the exercise of the trade for which he intended. It was during this year that he learned Alla R'Soul El-Hadi, who was to be followed by Moulat Et-tadj. Therefore, invited in turn, he flies on his own wings and constantly improves in contact with Sheikh Namous and Sid Ali Snitra who gave him their advice. He was starting to make a name for himself. It was in 1952, when the radio asked him for a live broadcast of three quarters of an hour. Overcoming his stage fright, he sings. This is a decisive step for success, materialized fifteen days later by a second radio call which confronts him with the public in the company of the Skandrani orchestra. His interpretation of Brahim El-Khalil opens up new perspectives for him by making him aware of his own artistic value. Dounia, a prestigious publishing house, recorded him, in 783, on 78 T, a song, Mellah Ana Berkani, of which he is the author. Three years later, he signed, at Pathé Marconi, Ya Bélaredj, a title which he interpreted in the hawzi mode. The text, the author of which is unknown, is very successful and even arouses controversy because of its erotic substratum suggested by the refrain. The song will also be resumed with as much success by the great singer Fadèla Dziria, with whom Amar El-Achab befriends and for which he writes many songs. In 1966, always striving to improve, he decided to go learn music theory at the Conservatory. Lachab continues its breakthrough with songs remarkable by the pure verb, directly translating the evils of love and society, and their blues melodies on the bottom, dancing on the form. He who has a strong fondness for the Constantine malouf, the author of Ya laïm lech tloumni and Masbarni la Tihane opts for voluntary exile in France, in l976. He gave numerous concerts there and recorded, among others, a 33 T comprising six songs, including Qoulouli ya nais, Triq elli détni, Hiya eli trodni, and covers, Zoudj h'djoub, Sghier wana chibani. Lachab also has a good repertoire of short and rhythmic songs which he performs especially at weddings. His last recording on Algerian television dates from 1980. He has 33 recordings registered in the central nightclub of Algerian radio, but only a few on television. However, its discography is important, it includes more than sixty 45 T microgrooves and audit cassettes. Listening to his work reveals a penchant for the pure, classic, moralizing verb. What can we say about this man who was, in the general opinion of people of his generation, or even of his haulm, that he is one of the best Chaâbi singers. An artist who counted a lot and who made a huge contribution to Algerian song.

Amar El-Achab is perhaps relatively unknown on the part of the young generation, but his imprint is not about to die out, and his relative withdrawal from the music scene and his exile in France have not managed to fade this artist.

Amar El-Achab was and remains this distinguished and kind gentleman, a singer with a solid taste and an authentic servant of popular culture 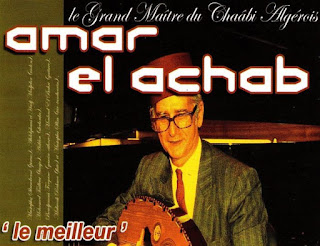 Listening again to his beautiful music I was blown away... to a better world...

Love & peace to all of you!

So nice to see you posting again. I've missed you and your knowledge.

Thank you! I hope I will do a little bit more some time...